Work has officially commenced on the construction of the new $45 million Sydney Zoo in Western Sydney Parklands today with a ground breaking ceremony at Bungarribee Park.

The world-class 16.5-hectare attraction plans to open in early 2019 following 13 months of construction and will feature over 30 exotic exhibits featuring animals such as lions, tigers, bull sharks, cheetahs, and gorillas as well as an extensive range of native Australian animals.

Sydney Zoo Managing Director Jake Burgess says the Zoo is the first of its kind in Australia, with a strong focus on animal welfare and world leading exhibit design to replicate an immersive, safari-like experience for visitors.

“After researching and visiting 40 different local and international zoos we have incorporated state-of-the-art innovation and best practice animal welfare into our operation. We are confident that Sydney Zoo will be the most advanced of its kind in terms of education and sustainability, and will redefine the visitor experience. Visitors will enjoy elevated walkways and incredible proximity to the animals and our advanced display techniques and ultra-modern technology will improve the visibility of the animals in their habitats.”

“We plan to become an integral part of the communal breeding programs run under the Australasian Species Management Program, which includes both international and Australian facilities.”

“Sydney Zoo will be a real asset for the local community. We believe that the experiences it will deliver will bring people together and it will become a much loved destination for the people of Western Sydney.”

With the construction program beginning next month, the new Zoo is unique in that it features a wholly integrated Aboriginal and natural heritage exhibition, with Rangers from the local Darug people of Western Sydney – the traditional custodians of the land on which it will be built – employed to facilitate educational workshops with tourists and visitors on their culture and history. This has been developed in partnership with Muru Mittigar, a Darug Aboriginal organisation.

Sydney Zoo will also engage with local educational facilities, partnering with Western Sydney University (WSU) by way of an educational sponsorship which will see students participating in animal rehabilitation as well as technology design.

Commenting on the proposed partnership, Dr. Andy Marks, Vice Chancellor of WSU said: “It’s a game changer in every sense of the word, from engineering applications and device enabled interactions with the Zoo, through to the traditional things like vet science; the Zoo encapsulates a whole range of activities the University does, and we’re really excited about it.”

Built within the 200-hectare Bungarribee Park in Western Sydney Parklands, the Zoo will attract families from Western Sydney as well as international tourists, and will feature:

Bungarribee Park is a major recreational and tourism hub in Western Sydney Parklands that stretches 27 kilometres from Quakers Hill in the north to Leppington in the south. With 5,280 hectares of green open space the Parklands provides better access to green open space will benefit the health and well-being of the community into the future. 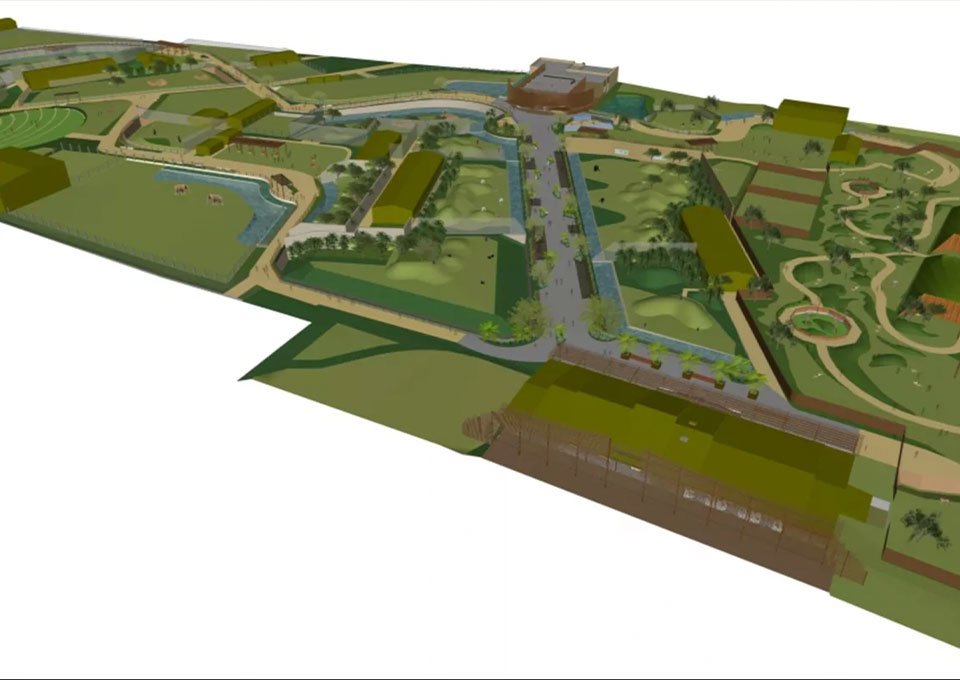