The IMAX Theatre Sydney on Darling Harbour uses the IMAX film system, which is the largest and most exciting film format in the world.  With crystal clear images, ten times larger than the traditional cinema format the IMAX film experience draws you in with pictures so real you want to touch them and so powerful you can feel them.  The giant form frames offer far greater resolution than traditional 35mm film and all existing digital cinema projection systems (including IMAX Corporation’s own digital multiplex cinema IMAX systems).

The IMAX film experience takes an image rich in clarity and definition, throws it onto the world’s largest screen and wraps the viewer in digital surround sound.  The theatre screens films in 2D and 3D for a truly breath-taking movie going experience.

A surprising large part of the IMAX experience is the sound.  That’s what makes an IMAX movie visceral.  You don’t just see an IMAX film; you feel it in your bones.

It’s important to understand that what makes great sound so elusive is the fact that sound is altered by the listening environment and the medium used to deliver it.  Simply stated, sound is affected by the room in which the listener sits as well as the quality of source of the sound.  IMAX has patents on theatre geometry that can control these variables. The shape, angles and dimensions are all specific to IMAX.  The theatre architecture has been customized and enhanced with better soundproofing and more effective placement of the speakers.  This allows IMAX to create an optimum listening environment and deliver a result so precise that you can hear a pin drop from across the room and know exactly where it fell.

Finally, in an IMAX film, the soundtrack itself has been enhanced.  Because of our proprietary digital remastering process, the sound of the original movie has been remixed in post-production to recapture its full dynamic range.  IMAX then tweaks it to make it brighter, crisper and more exhilarating or scarier, depending on the context.  This takes full advantage of the unique, responsive sound system in an IMAX theatre. 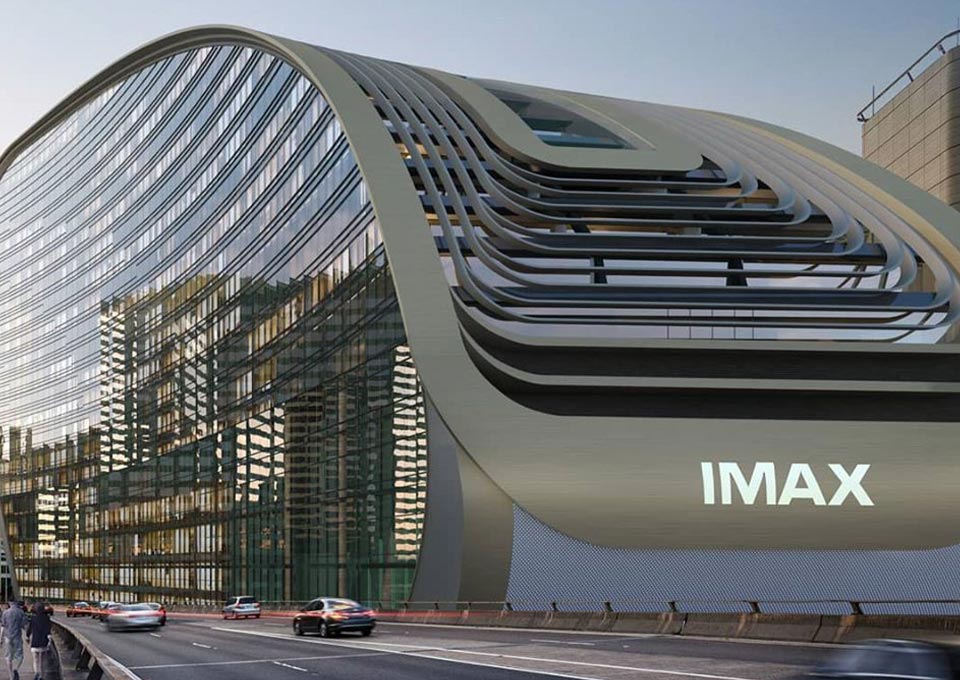