Former Hoyts boss Peter Ivany, AM, has received an AO for distinguished service to the community as a supporter of sporting, arts, film, not-for-profit and natural science organisations.

While still well known for his commercial exploits, he is hopeful that other business people will follow the giving path.

Ivany says that the younger generation have an expectation that they will give back to the community, and make a contribution, beyond business and he says that at 67 he is just making a start, even after more than two decades in philanthropy.

He has been guided by the need to create and says he has got more out of being involved in a range of organisations than he has given.

Ivany’s life gravitated towards the arts after his time at a kibbutz in Israel, before he undertook an MBA.

He is perhaps best known for his cinematic endeavours and still sees about 100 movies a year, with many due to his involvement in film festivals.

Since leaving Hoyts at 43 he has matched his achievements in business with passionate involvement in the not-for-profit sector.
He has drawn on the energy he used in taking Hoyts from a small cinema chain in Australia to a global business with more than 2000 theatres in 12 countries.

“It wasn’t about money; it was about creating jobs and other opportunities,” he says.

After the sale of Hoyts in 1999, the entrepreneur built his own diversified investment business, Ivany Investment.

It holds investments across property, private equity, technology, bonds and shares, start-ups, and company turnarounds, both in Australia and overseas.

Investments have ranged from IMAX to Sydney Zoo and Allied Credit, and Ivany has previously been involved with Video Ezy, Harris Scarfe and TAHL.

He says he tried getting a government role after Hoyts and, although that did not at first succeed, he was undeterred, and pursued a wide range of philanthropic endeavours.

Given his passion for cinema it is only natural that he has chaired the advisory council for the Sydney Film Festival since 2006.

He is also on the board of NIDA and an honorary life governor for the Jewish Communal Appeal.

He previously chaired the Australian Film, Television and Radio School and the Jewish International Film Foundation of Australia, and has contributed to the boards of the MCA, the president’s council of the Art Gallery NSW, and was a founding member of Events NSW, now Destination NSW.

In 2007, Ivany was appointed a member of the Order of Australia for service to the community through a range of fundraising, Jewish, arts, sporting organisations and business education.

Ben Wilmot has been The Australian’s commercial property editor since 2013. He was previously a property journalist with the Australian Financial Review. 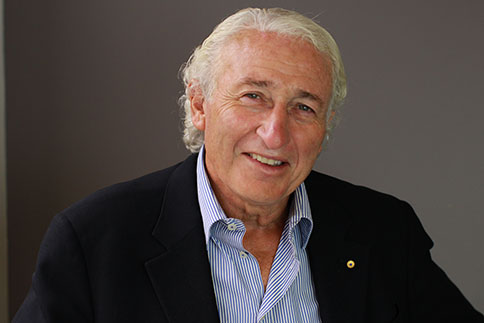