The First Animals Have Arrived at Sydney Zoo, the City’s First Major Zoo to Open in 100 Years

The dulcet tones of lions roaring and chimps screeching will become the new norm in Western Sydney. The first animals have moved into the new Sydney Zoo in Blacktown – the first major zoo to be built in the city for more than 100 years.

The zoo’s African precinct, which will immerse visitors in a safari-like experience, has welcomed more than 40 beasts from some of the world’s most respected facilities to give them time to settle into their new environment before the zoo opens late this year.

Lions Bakari, Sheru, Karoo and Virunga have been brought over from the Taronga Conservation Society, and hyenas Enzi, Etana and Endesha have travelled from Singapore Zoo to Blacktown. Other newbies include orangutans Santan, Maimunah and Dewi, who have come from Melbourne Zoo, as well as two cheetahs, three zebras, 11 chimps and 13 baboons.

When it opens, Sydney Zoo will have more than 2000 native and exotic animals roaming its grounds. Hidden barriers, boardwalks and water features will help create an immersive, safari-like experience for visitors. Established by Sydney Aquarium founder John Burgess and his son Jake, the zoo will also support local and international conservation efforts. It will house a number of endangered species from around the globe, and undertake on-site breeding programs to increase their numbers.

The zoo is being built with sustainable materials and will use a solar power network, and recycle storm-water run-off to fill moats and water gardens. It will also compost all animal and food waste and use biodegradable cornstarch packaging. Plus, the zoo has worked with the local Darug people to offer a natural heritage program led by Aboriginal guides.

Sydney Zoo’s new arrivals come almost 18 months after the facility settled a dispute with Taronga Zoo over its name. Taronga attempted to stop Sydney Zoo from registering its name as a trademark, arguing it would mislead people into thinking the zoo was in Sydney’s CBD, not 33 kilometres west of it. It was also concerned visitors and locals would confuse Sydney Zoo with its own facility, which has been Sydney’s only major zoo for more than 100 years. In May last year, though, the two parties settled their differences out of court.

Sydney Zoo is slated to open late this year. 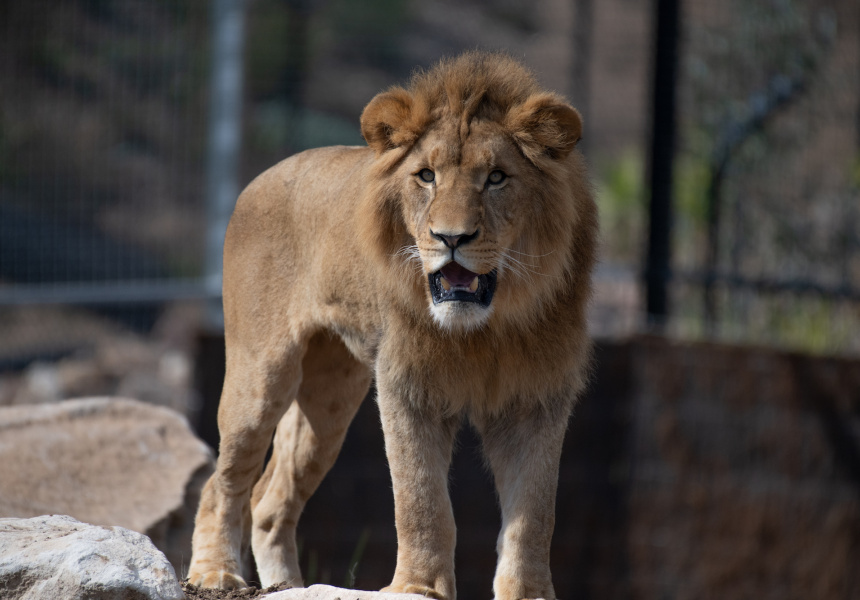