This is something that I want to fulfil

COMMUNAL stalwart Peter Ivany will donate at least $2 million to JCA to help secure the future of the Sydney Jewish community.

The funding, which Ivany is giving in addition to his current donations, will be invested immediately, with the intention for it to grow substantially and for capital to be periodically released over time.

A long-term JCA supporter and one of its eight honorary life governors, Ivany said he was motivated to pledge the significant gift for two main reasons.

“I want to do my best to ensure that JCA continues. As the community gets bigger, as there are more institutions, JCA will need to be better staffed, better resourced,” he said.

“As its own organisational structure expands, it will continually have a need to set up new projects that come along and it always needs people to look after not just the fundraising role, but the planning role as well.”

The second motivation, he said, was his desire to allow his children to follow their own passions and donate to their own causes once he passes on “to the great footy field in the sky”.

“This is something that I want to fulfil – which has been a really important part of my life – past my death,” Ivany explained.

“I really want them to follow what they want to do, not what we necessarily did.”

He added, “In the end, nobody really cares how much money you make – what they care about is what you’ve done for others and if you imbue that value system in your own children, they will follow it.”

Ivany noted that his decision had been made in consultation with wife Sharon and his family.

He said he felt “very safe” with JCA underpinning the community’s institutions.

“Melbourne has had a number of institutions that have gone by the wayside, whereas Sydney, when the institutions have had various issues, as long as they maintained their relevance, they’ve been enabled to continue and to be supported.”

He continued, “I believe in the structure of JCA.

“As a philanthropist, you can’t rule from the grave, so there is a point where you can take the pressure away from your children, your remaining family and trustees and give it to the organisation and just have a belief that they’ll figure it out … have faith in the people of JCA and give them the freedom to distribute your contribution.”

Ivany encouraged others – regardless of wealth – to follow his philanthropic example.

“Everyone should give something – whatever their passion is – to their community, to whatever they feel would really leave their legacy in the world,” he said.

“Within three generations, wealth just dissipates for a whole range of reasons … at least by giving you’ve had some impact where some of your life’s work has gone.”

JCA president Stephen Chipkin praised Ivany, saying he had “enriched our community over many years”.

“His leadership, by example, in JCA’s long-term capital strategy is no exception. This extremely generous gift from Peter, Sharon and their family supports our focus on the sustainability of our community through major capital gifts, endowments, and the recent launch of our two per cent Bequest Program,” he said.

“Taken together, these donations, no matter how small, will ensure a vibrant and secure Jewish community for future generations.”

With hopefully many decades of service to the community still ahead of him, Ivany said that in the end, he hoped his legacy would be the difference he had made.

“I hope I’ve lead and not just spoken – that I’ve walked the walk – and I hope that some people would borrow some of what I’ve done and use it for the betterment of their lives,” he said.

“In terms of legacy, I think you can actually look at that question in the reverse – the biggest beneficiary, apart from the community, has been myself.

“The rewards you get seeing how people grow and develop, how you can help people solve problems to make their lives better. It’s all part of a pool of people all rowing in the same direction to make a better community. You can’t take away that satisfaction and happiness.” 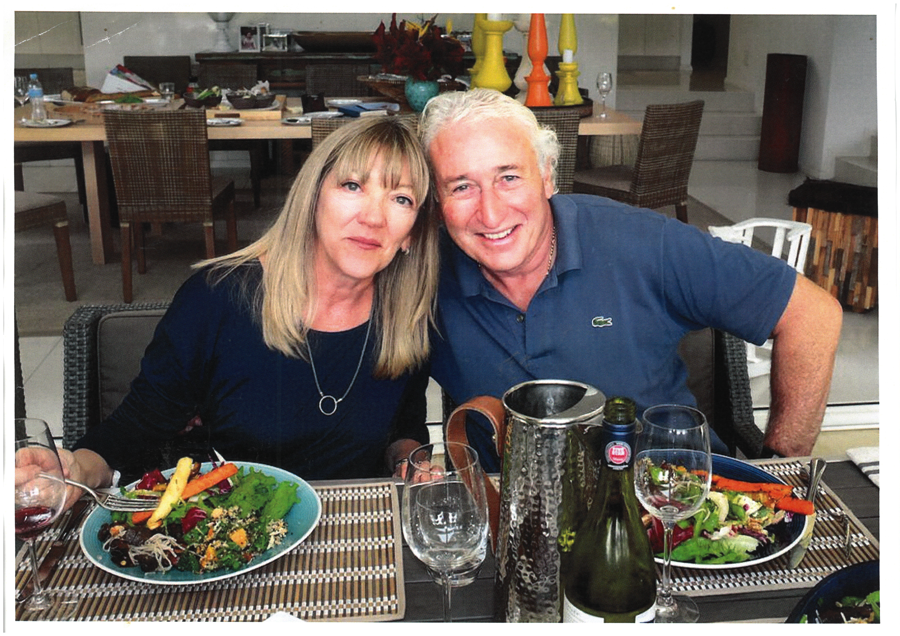